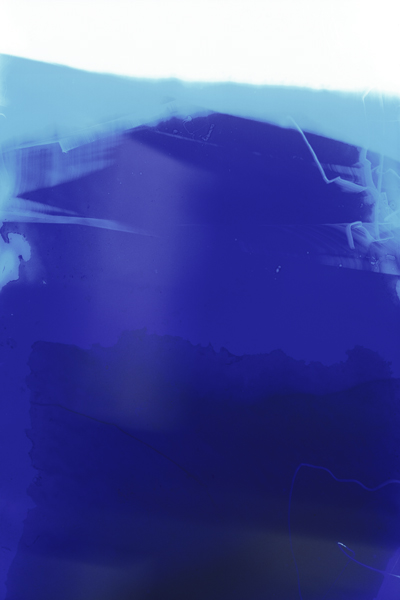 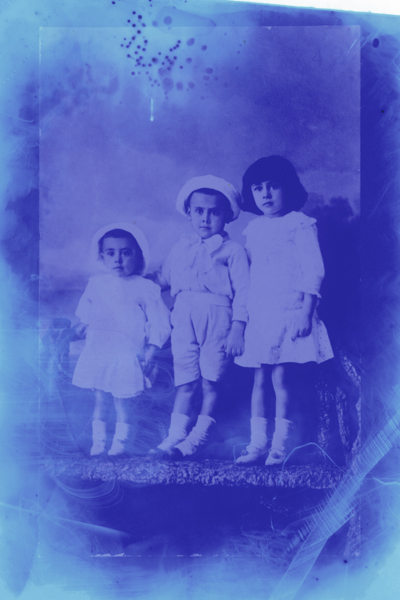 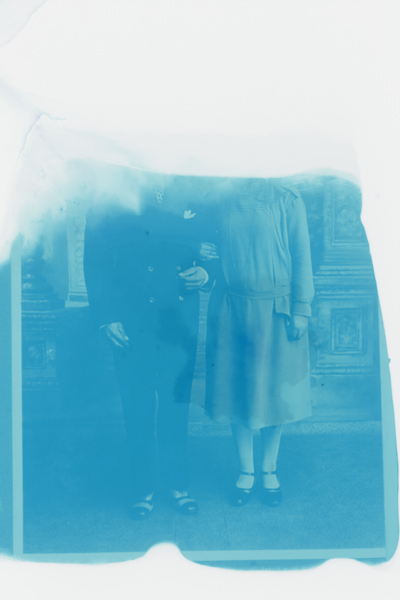 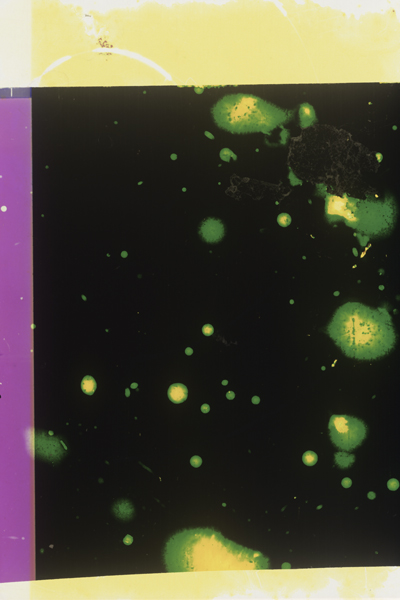 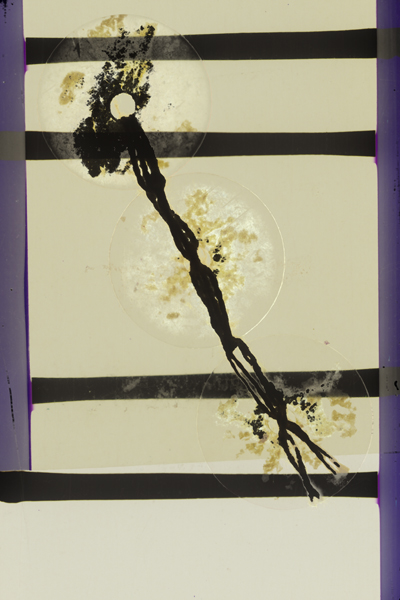 A version of Spectrum was published in 2012, on the pre-issue of Archivo

Afternoon rehearsal of the Spectrum performance. This take has the sound of Miguel Pipa’s electronics alone.

In the evening he was joined by Miguel Ramos (bass) and Angélica Vasquez (harp).

SPECTRUM is an experiment of painting with light and sound. The visual material is mostly 35 mm slide reproductions of 1930’s album photographs (a portfolio from the popular photographic studio Adriano of Vila do Conde, Portugal), mixed with abstract graphics and colours from fragments of film strips, projected onto a canvas by the manipulation of 3 slide projectors and black cardboard masks. The variations of light and color interacts with the soundscapes created by Miguel Pipa’s bent FM radios, toys and instruments. In this experiment, we are discovering the possibilities of interaction of light and color with sounds from analog devices, a search for the unexpected trough improvisation.

In the mid 90’s I witnessed the oldest photography studio in Vila do Conde come to an end, after Carlos Adriano, the last photographer in the family became old and seriously ill. Being close to Carlos Adriano and his studio in their last days allowed me to contact with an extensive estate of photography materials spanning around 100 years of history. This event led to a growth in my awareness of the need to protect and study these historical photographs and a fascination for the signs and marks accumulated superficially by photographic materials, that reflect the inevitable effect of constant chemical change over long periods of time.

For the main sequence of photographs in SPECTRUM, a few of the portraits found in the oldest albums of printed photographs of Adriano’s photographic studio (1930, 1931 and 1932) were selected. The selection is quite random and subjective, I kept in mind only that I would like to represent the diversity of people in the portraits by generation and genre and let myself be captivated by any kind of detail in the pictures that appealed to me personally.
After photographic reproduction onto 35 mm positive film, the pictures were submitted manually to a process of chemical destruction which has removed from the positive film most of the layers of dies, leaving only the cyan as a vibrant dominant color with different intensities. The selection of the portraits is an ongoing process, as everything really is in this project. Through successive projection and observation of the material, a narrative is slowly emerging, demanding a certain organisation and connection with the other visual elements introduced: leftovers from cinema reels and fragments of rejected film, with a variety of colours to counterpoint with the dominant blue/cyan of the portraits. These framed bits of coloured transparencies, already old and eroded, at times subject of montage and/or collage with other materials, become film matter, light, color and texture to add and subtract to the portraits, like paint.
Miguel Pipa’s musical range is very diverse, blending fully analog instruments of his own creation with found sound devices and modified musical toys but also pure digital processing. To this project he brought sounds recorded in audio tapes to be played live in actual vintage tape players, revealing its unique kind of sound. The photographs have also suggested the making of field recordings of a wide range of subjects, from natural climatic events to machines in full motion, even the live capture of fm radio signals is incorporated live, with some risk. The result is a tapestry of sounds with a melancholic tone that emerges from experimentation, research, intuition and improvisation.

A fragment of a rehearsal of SPECTRUM

Audio samples from Miguel Pipa’s sound can be heard here:

http://emulsion-soundtrack.bandcamp.com/album/spectrum
Spectrum was presented at the Digital Hibridity + Sounds in Space conference, University of Derby, UK., 2011